MENG QINGSHENG: Mr. Ambassador, thanks for making time. It’s been almost one whole month since the conflict between Russia and Ukraine started. What’s your assessment of the current situation?

FAN XIANRONG: "It’s important for neighboring countries to maintain a good relationship. That’s why the current situation here is very upsetting and frustrating, no one would have expected things like this. Under the current circumstances, what we need is an immediate ceasefire, and start the peace talk as soon as possible. We need to overcome difficulties and make all-out efforts to negotiate a good result.

China has voiced its commitment for a political settlement. We have always advocated that the sovereignty and territorial integrity of all countries should be respected.

The purposes and principles of the UN Charter should be observed; the security concerns of all countries should be respected; all efforts conducive to the peaceful settlement of the current crisis should be promoted and respected.

MENG QINGSHENG: China has been taking concrete actions, to promote talks for peace, ever since the conflict began. What are your expectations?

FAN XIANRONG: "At the moment, Russia and Ukraine are engaging in a series of talks and negotiations, this is a good start, as long as there is talk, there will be hope. Chinese people value peace. We hope that peace talks between the two parties will continue. We hope that the two sides could consider each other's concerns, and meet one another halfway. This is in the interest of both sides, so I hope the peace talks can make some progress and achieve success."

MENG QINGSHENG: How many Chinese nationals are registered in Ukraine? What’s the situation of their safety?

FAN XIANRONG: "In total, more than 6,000 Chinese citizens have registered in Ukraine. What is particularly worrying fact is that nearly half of them are Chinese students studying in Ukraine, who are still very young.

From February 28th to March 9th, the Chinese Embassy together with the Consulate General in Odessa made concerted efforts and evacuated nearly 5,000 Chinese citizens.

It’s reassuring that we have evacuated nearly all the 2,700 Chinese students safely. The evacuation process was terrifying. You may have already seen and noticed some of the distressing moments.

Up to this moment, we could say that the mission of evacuating Chinese citizens from Ukraine, which is also highly concerned by the CPC Central Committee and the whole country, is very successful."

MENG QINGSHENG: The embassy has urged Chinese nationals to take precautions and leave the country. Are there any other suggestions at this time?

FAN XIANRONG: "Given critical situation in Ukraine, with two sides continuing their military operations, we had only one Chinese national injured. We made all-out efforts to rescue and help him go back home, thanks to the support by all sides. It’s also reassuring that we have achieved this result with no single death reported. And frankly speaking, it’s no easy task.

These Chinese nationals are of great concern to our Embassy as well as our country. I told staff here that the evacuation of some Chinese citizens was the first part of this mission, the rest of the Chinese citizens are the second part. We should start and finish the entire mission properly, make sure that no one is left behind.

Now we have to remind some of our nationals at Ukraine’s neighboring countries. They have evacuated successfully to these third countries. Some people have seen that situation in western Ukraine is relatively stable, and think that they are quite familiar and have close relations with relevant parties in Ukraine, so they started to think about coming back to the country. And we don’t advise those people returning to Ukraine under such risky circumstances from neighboring countries.

If you are seeking assistance or have any enquiries, you can call us at any time. The Chinese ambassador is here, the Chinese embassy is still here, and we will do everything we can to protect the safety of our citizens."

MENG QINGSHENG: How has the embassy responded to the crisis? What are its current priorities?

FAN XIANRONG: "Facing such complex and critical situation in Ukraine, and extremely heavy tasks of evacuating Chinese citizens, not to mention the high attentions by General Secretary Xi Jinping, the CPC Central Committee and the people of the whole country, you can imagine pressures of our embassy.

In fact, a lot of the works we did are extremely dangerous, such as checking conditions of evacuation; we went to the scenes, walked in the streets with no people or vehicles, and there were barricades and armed troops everywhere.

The atmosphere is stern and serious, so it’s very dangerous. You may have seen some footages of us wearing body armor and helmets. As a communist, we should always bear such a spirit that we are not afraid of danger.

We are now actively providing humanitarian assistance to Ukraine. We should make sure this assistance properly delivered, and pass on the love from China to the Ukrainian people."

MENG QINGSHENG: It just so happens that China and Ukraine are marking 30 years of diplomatic relations. How would you evaluate bilateral ties as China’s ambassador to Ukraine?

FAN XIANRONG: "Since the establishment of diplomatic ties between China and Ukraine 30 years ago, both sides have made great efforts to promote the development of the relation. The bilateral ties have also made continuous progress and we established a strategic partnership.

China and Ukraine have made continuous achievements in various fields, especially in economic and trade cooperation. China has now become the largest trading country of Ukraine, and there is still great potential for the development of such cooperation. China's economic development is getting better and China is getting stronger, our connections with the world are also getting closer. Under such circumstances, our cooperation with Ukraine has an even brighter future.

We sincerely hope that the current crisis in Ukraine could come to an end as soon as possible, and regain peace. This is conducive to peace and stability in the whole region, and is conducive to the development of a normal and healthy bilateral cooperative relation among countries."

MENG QINGSHENG: Thanks again for your time. 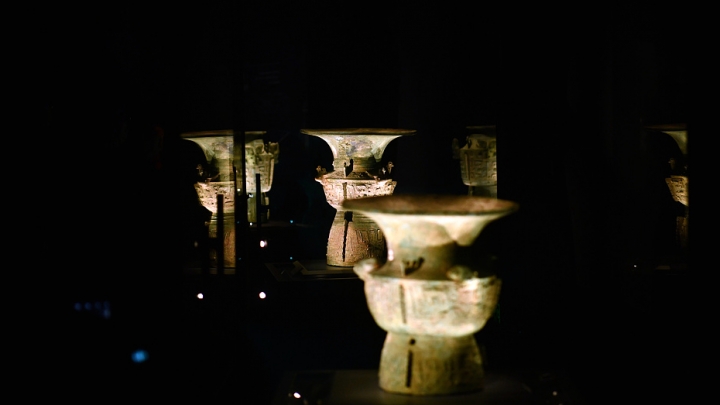 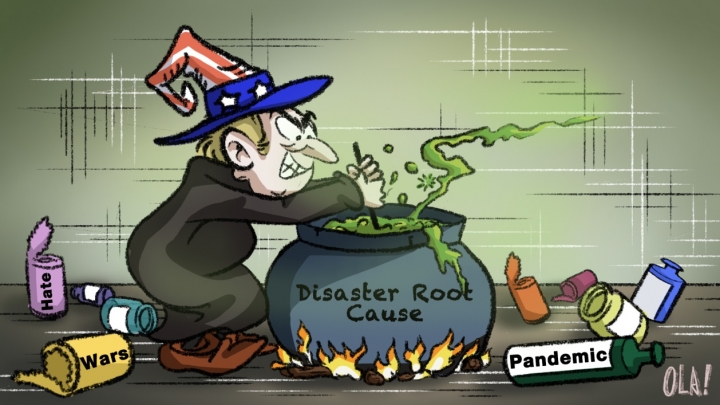